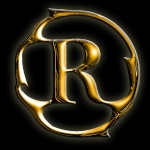 Sony Computer Entertainment president Kaz Hirai showed off a new PSP Go at a press conference in the Shrine Auditorium as a major Electronics Entertainment Expo (E3) got under way nearby in Los Angeles.

"We call it the worst kept secret of E3," Hirai quipped, referring to news of Go news leaks more akin to streams.

"There will be more content that is easier to get on your PSP. It's entertainment everywhere."

Go is half the size of the original PSP and built to download and store video, pictures and games, according to Hirai. Go devices have built-in wireless Internet and Bluetooth capabilities.

"It's built for people who live a more digital lifestyle," Hirai said. "It's designed to bring all kinds of content to the PSP."

All future PSP videogame titles will be available for digital download, skipping any need to buy software on disks, according to Sony.

"I think the PSP is getting really hotter," said Hideo Kojima, whose eponymous studio makes the "Metal Gear Solid" franchise whose protagonist is a fearsome soldier called "Snake."

"And Snake is coming back on the PSP."

Go devices will be priced at 249 dollars, or 249 Euros respectively, when they are released in the United States and Europe in October, according to Sony. The gadgets will be available in Japan in November, Sony says.