You are not connected. Please login or register
3 posters

Yes i said it, I sold my xbox 360 with a ps2 for 150$ i needed the money for a laptop Harddrive im getting a 120 gig probably or a 80 gig don't know yet but umm and maybe some more ram after that what is left over imma save up and get like anohter 50$ go get some more ram and another HD for this creative 52x pc that was made in the 1998-2002 so yeah make it a good one with a new OS both hoping with vista but right now that laptop has XP on it will change that though..Umm i will be getting another 360 when i get a job so don't worry or i could steal one before then but umm you can still contact me on my Gamertag TheUnknown555 i will be using xbox.com until i get another pc so you can still message me and i will respond back i get on it a few times a day...

You sold it for $150? Was there something wrong with it?

Because that's a small price to pay! I would have bought that off from you 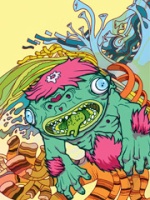 No nothing wrong with it. I stole it in the first place and neede real quick cash so that is why it was that cheap.
Now I wish I didn't but i woudelnt be talking to you guys now cause i woudlent of had a laptop xD..

Need the money for the HD
MoRa